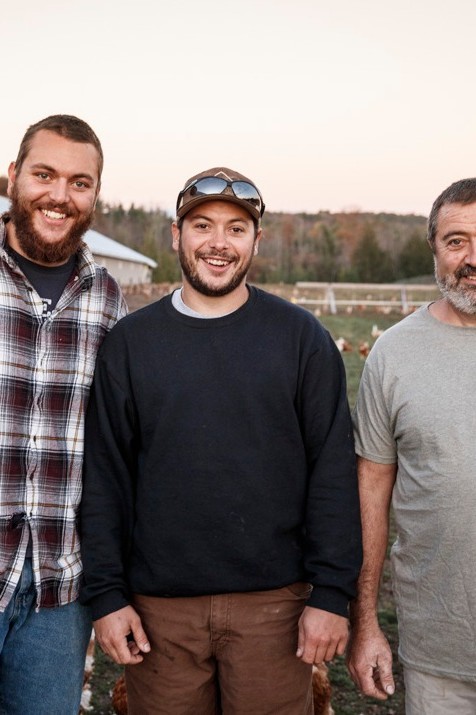 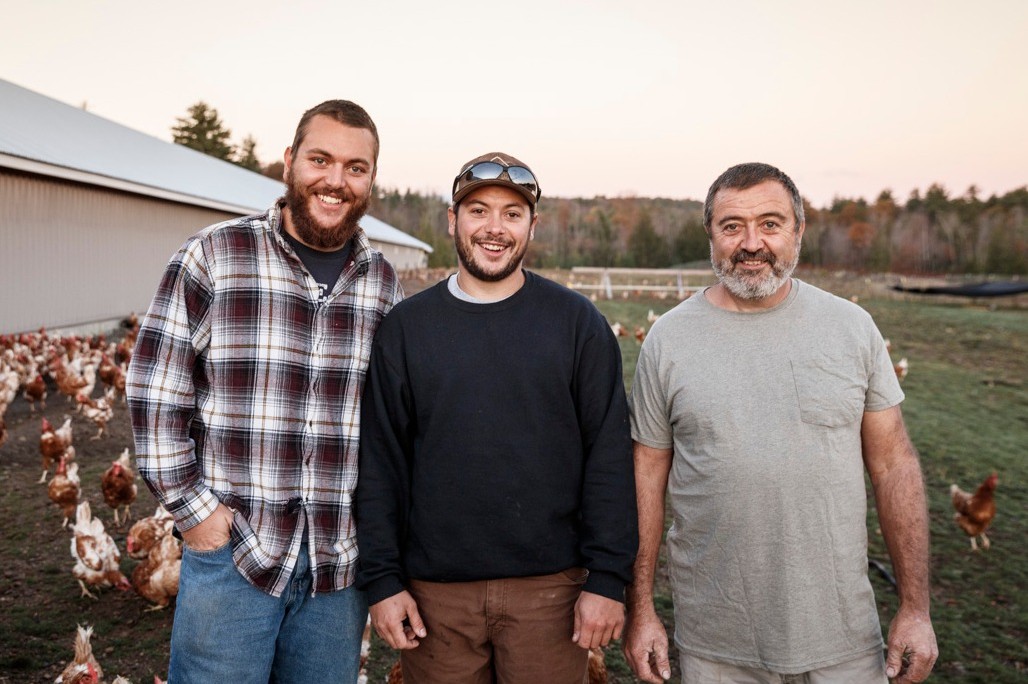 Tom Giovagnoli is a third generation organic family farmer. His grandfather had a vegetable farm in New Jersey. He adds that "back then, we didn't call it organic, we just called it farming." His father's farm was in New Hampshire, where Tom was one of seven sons helping out. Tom eventually bought his own farm in Dunbarton, NH where he and his three sons raised cattle and a few hogs. To make ends meet, he still had to work part-time as a mechanic, which was fairly stressful as a single parent. That skill does come in handy, however, as he keeps his vintage, 1964 Harley-Davidson motorcycle running smoothly.

Tom has a passion for farming the right way, and he wanted to do it full-time. So he contacted Pete and Gerry’s about starting a farm in Boscawen, NH. He cleared the land, built his house and a barn on a spacious plot of land for his hens. Then hens have a huge expanse of grass, sand and trees to roam in.

“I have always farmed,” Tom states. “It’s in my blood. It’s almost therapeutic for me. The hens allow me to farm full-time with my sons now. Farming keeps families together.” “It’s going to be tough for small, family-owned farms in the future, unless we can educate the public about the value of small farms and quality of food they produce.”

Pete and Gerry’s Farmer Since

"The hens have more room than I do in my little house."