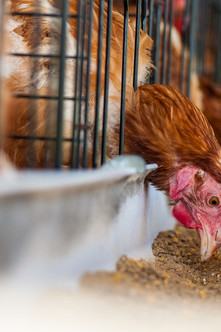 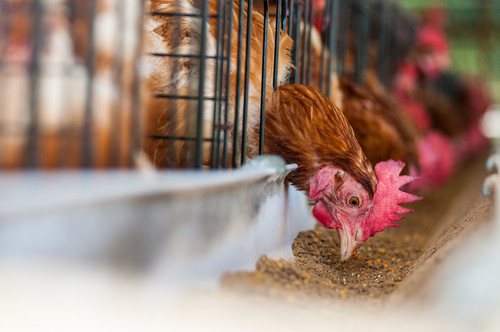 Why Cheap Eggs Are So Expensive

At Pete and Gerry’s, our eggs cost a little more than conventional eggs. We don’t apologize for this. In fact, we’re proud of it. We’re proud of producing a great product in a way that is both beneficial and sustainable.

Consider the alternative. Over the course of this past spring, roughly 48 million chickens & turkeys had to be put to death during the Avian Influenza outbreak. In Iowa alone, 24 million hens, or 40% of the egg-laying population, were hauled to landfills, buried, or burned. That’s because if a single bird within their massive warehouse enclosures (aka “barns”) contracts the disease, all other birds that could have conceivably come into contact with it have to be put down to contain the spread. So that might mean 5 million birds on a single “farm” are lost all at once.

The loss represented almost 20% of the laying hens in the U.S. This meant an immediate and dramatic increase in the price of conventional, caged-raised eggs that continues to this day. And that wasn’t the only way consumers paid. Several counties in Iowa were declared disaster areas, so taxpayers there were also forced to bail out the huge corporations that make up the agricultural industry in Iowa. Governor Branstad of Iowa also requested federal relief funds but was denied by the Obama administration. Still, the USDA has paid $191 Million in direct payments to farm corporations for their losses already.

This raises the question, how much do eggs really cost? In the store, they might retail for as little as 2 dollars a dozen. That’s because these “farms” have tried to make farming like building widgets. They have created mega-factories, scaled up as much as possible, built an assembly line of sorts, systematically eliminated human intervention, creature comfort, or any other detail that could have a small cost associated with it, and built an egg-producing machine that can put a carton of eggs on the shelf for 2 bucks, and still leave a tidy profit for the shareholders.

There are two really big problems with this model. One, chickens aren’t widgets. They are living, breathing, thinking animals. So this system that reduces them to egg-laying cogs is cruel beyond belief (and that is probably the best reason not to patronize these companies). The second problem is a systemic one. The scheme has little tolerance. If one bird on a single mega farm gets sick, that means destroying millions of hens, which immediately drives up prices, not to mention requests for government aid. The system is so inhumanely narrow in its construction; it’s just one big house of cards.

The public also bears other costs of giant agricultural operations in terms of waste ponds (giant manure filled puddles that frequently leach into groundwater and surface water), the overpowering smells generated by these places, and many other forms of pollution that would not occur with human-scale farming. A study cited 8,400 jobs lost in Iowa as fallout from the epidemic. That means more unemployment claims and a variety of other societal costs. The Des Moines Register estimates the outbreak cost the Iowa economy $1.2B. Figures for the country as a whole are $3.3B.

At Pete and Gerry’s, our small family farms have yet to lose a single hen to Avian Flu. Some of that is due to our careful safety protocols, the close eye our farmers keep on their flocks, and some of it is just luck. But even if we did lose a flock, our egg production is spread out over forty small family farms, each with just a barn or two on their property. None of our partner farms represent more than 3% of our capacity. This humane, distributed method of farming is ultimately a better value for consumers when one carefully considers all the costs.

how much do they cost individually per dozen?

Hi Conner! Thanks for reaching out. Our eggs are sold to stores wholesale, so pricing may vary a little bit based on location and mark up from the store. Your best bet may be looking at our egg locator on the website and contacting the store nearest you for current prices. Also, our Offers and Promotions page has some coupon offerings which may be of interest. Thanks for reaching out!