COVID-19 and your eggs: an update from us 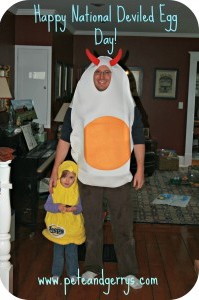 I bet you didn’t know that today is National Deviled Egg Day.

Deviled Eggs are a traditional family favorite at holiday gatherings and family picnics. Today deviled eggs have even become the star on the menu of 5 star restaurants. They are called “deviled” because of the spices that are added in to heighten the flavor of the rich golden yolks. Sometimes deviled eggs are referred to as “eggs mimosa.” Deviled Eggs are a culinary tradition that started in Ancient Rome and now are popular in the United States and many European countries. 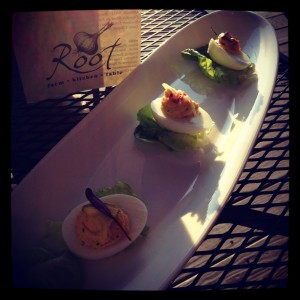 Deviled eggs are eggs that are hardboiled, split in two perfect halves. The yolk is carefully scooped out and mixed with spices ranging from the more simple mustard to the more exotic wasabi or chipotle peppers. The yolk is typically mixed with mayonnaise to create a creamier texture. After the spices have been added the the yolk mixture is added back into the egg white and garnished often with paprika.