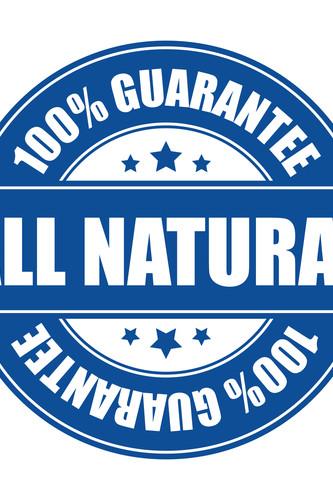 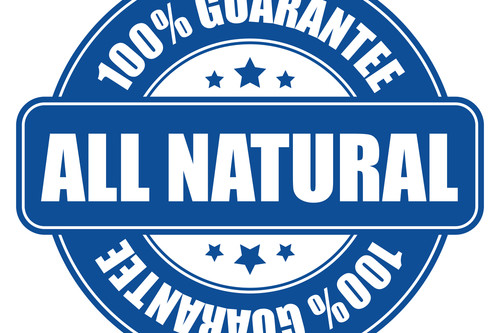 One sees the term “all natural” all of the time. It is probably the most common two words in the grocery store at this point. That’s because manufacturers know that consumers are trying to find less processed, higher quality products that might have actually come from a farm and not a factory. And All Natural kind of says it all.

Unfortunately, it doesn’t mean much. In fact, it doesn’t mean anything, because it’s an unregulated term. It probably should mean something. To call potato chips, hot dogs, and things with ingredient statements that are longer than an iTunes license agreement “all natural” seems a bit disingenuous, if not downright untruthful. But the Food and Drug Administration allows it. All it really means is that it’s edible (theoretically). And that’s too bad, because consumers understandably assume that it means much more than that.

(For a humorous take on the use of the claim All Natural, see these hilarious videos by the Organic Trade Association).

In fact, the term sounds so trustworthy, studies show that a higher percentage of consumers trust the All Natural claim to mean no pesticides, no GMOs, no artificial hormones, etc. than those that trust the USDA Organic claim to mean those same things. Yet, that’s exactly what the certified USDA Organic seal guarantees.

In the egg aisle, that means that anyone can say All Natural, because well, it’s an egg, and it came from a chicken. But it doesn’t matter how that chicken was treated, what they were fed, or whether they needed antibiotics in their feed to ward off diseases from the hundreds of thousands of other birds confined to their “barn.” It’s still All Natural.

Hope may be on the way however, as the FDA, in response to public pressure, is reconsidering the definition of the term across all food categories. If you are interesting in commenting, you can go to this web site. The deadline for comments is May 10, 2016.

In the mean time, if you really want eggs from a farm, don’t be fooled by All Natural. Pete & Gerry’s Organic is actually natural.