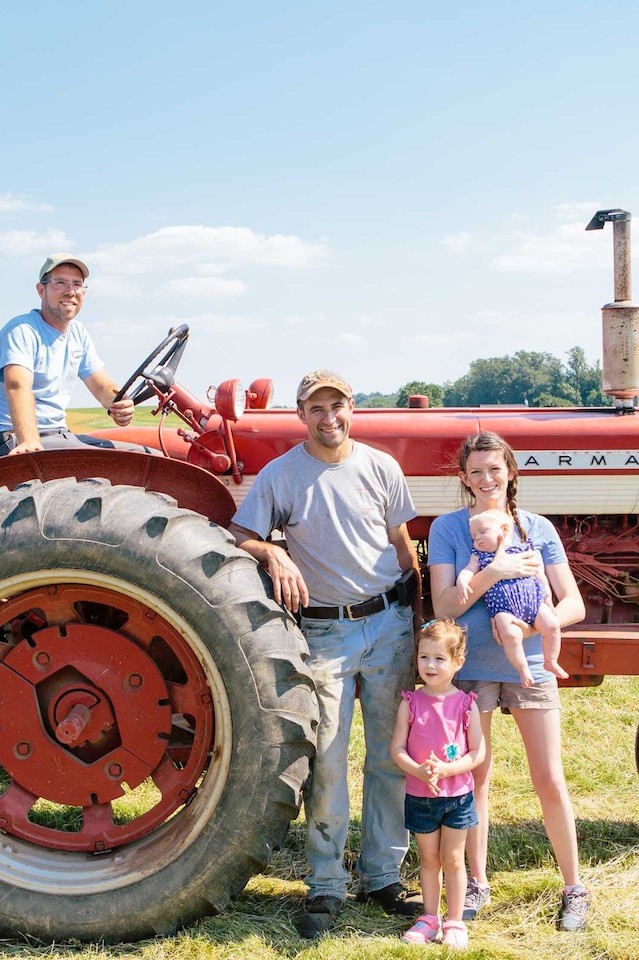 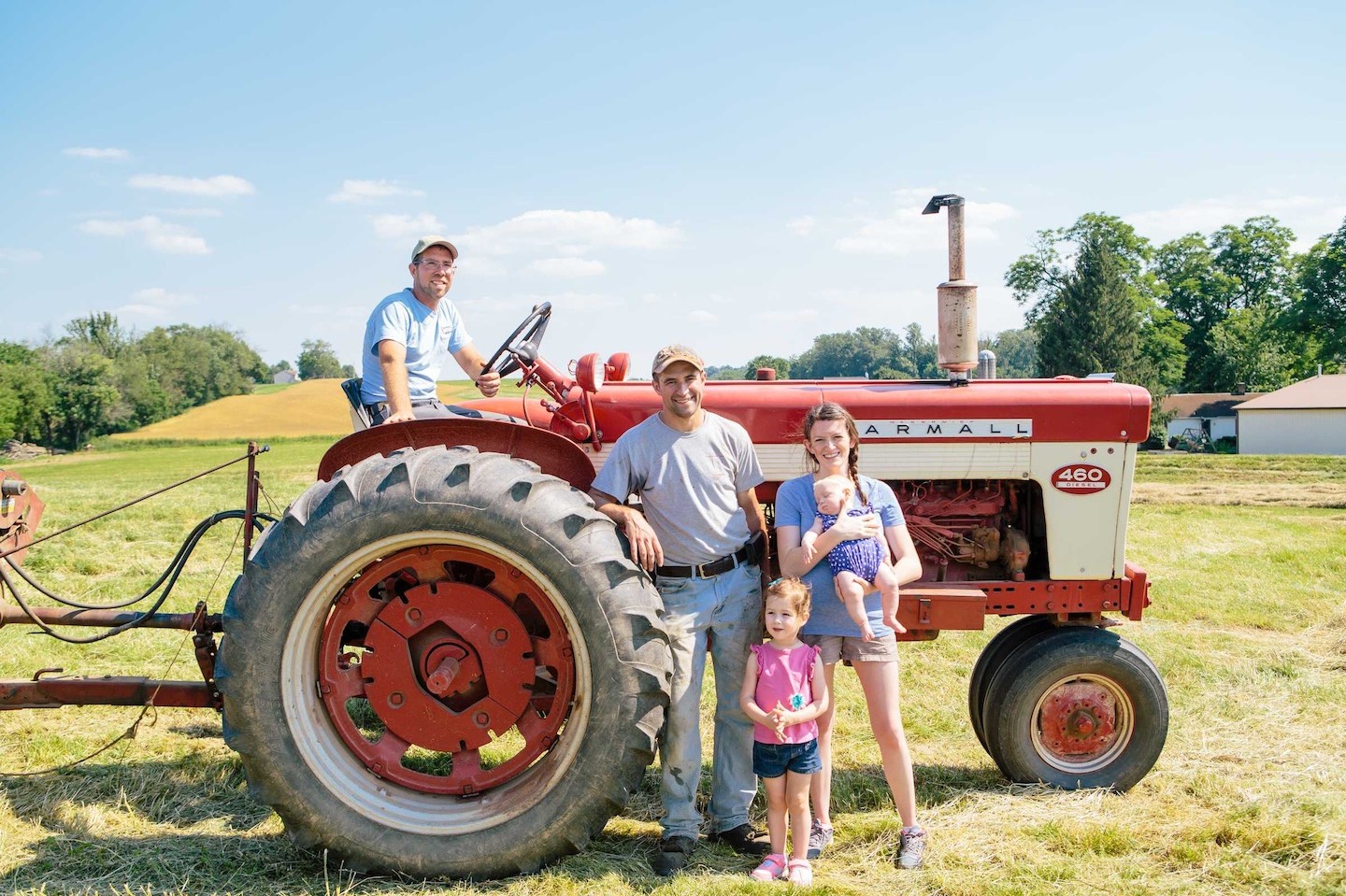 The Crouse brothers grew up on their 50-acre farm. Their father bought the farm in 1982 and raised beef cattle for most of his life, with a dream to support his family with income from the farm. Growing up, Tim and Joel learned the trade by lending a hand at their father's farm and other local dairy farms. At the time, their grandfather was a dairy farmer on a neighboring farm. Joel met his wife, Amy, who hails from Oregon, on a trip to the West Coast. They talked almost all night and began a long-distance relationship that ended in marriage. They have been happily married four years and have two children. Tim and Joel both initially worked off the farm — Tim as an technician and Joel as a diesel mechanic — but they both wanted to their family farm to become their living. They had no poultry experience but decided to produce eggs after learning more about Pete and Gerry's. Tim has made the farm his full-time job now, and with the help of his brother and extended family, he tends to flocks, cattle, and 17 acres of corn and hay.

“We chose egg farming because you can work with your family,” Joel explains. “Tim, Amy and I all pack the eggs. Amy also walks the barns.” “I had never worked on a farm before,” Amy admits. “Farming taught me to appreciate what kind of work it takes to put food on people's plates. I like being able to contribute to the family and to the success of our farm. It's just a sweet time to all be together.” Joel still works off the farm as a mechanic, but adds, “I hope to work full-time here at home on the farm with my family eventually."

To honor their father's legacy, Tim and Joel decided to name the farm Crouse Legacy Acres. The brothers are both active in the community — Joel in church and Tim in the local farm bureau. “For small farms to be successful and sustainable, they have to have added value,” Tim explains. “I want to build a sustainable farm that we can keep in the family." After attending Penn State University, Tim became even more passionate about sustainability: "We’re caretakers of the land; it’s important for us to treat the land with respect and manage it properly. In return, it will help provide for us.” He feels that Pete and Gerry's shares that same commitment: “I like it that Pete and Gerry’s limits farmers to two barns. It keeps the farms small and offers opportunities to more farmers.” Joel agrees, noting that “this is a means of developing something for our children like our parents did for us. I want to continue that legacy and make this a sustainable farm that we can pass on to the next generation." It's safe to say that Crouse Legacy Acres is a family operation.

Pete and Gerry’s Farmers Since

"My hens live a good life; they're pretty spoiled"